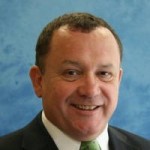 I’m delighted that plans for revitalising Bargoed with a new Morrisons food store are moving forward apace, bringing 300 jobs to the valley. The supermarket is due to open early in 2013 – despite some doom-mongers questioning whether the scheme would ever happen in this tough economic climate.

And the Plaid-led administration in Caerphilly is not resting there – we are committed to securing a cinema/entertainment complex as part of Phase 2.

At the same time work is progressing very well with the new library and council service centre at the Hanbury Road Chapel. That is due for completion this September.

And it was great news that we had been successful in obtaining grants from the Welsh Government so the old Woolworths store could be brought back into use. The Original Factory Outlet Shop took both the ground and first floor of the old Woolworths building.

And it was also good to hear that more tenants have set up stalls in the indoor market in Pentrebane Street.

The first phase opened in December, but now more tenants have moved in as part of a second phase of the development. Brothers David and Alan Prosser are behind the project.

The market had been shut for more than a decade and its reopening demonstrates increasing confidence in the town centre which should be welcomed by everybody.

The council is also working with the operators to overcome teething problems but the reopening is a very positive development for Caerphilly.

In his Observer blog the Labour MP seems totally pre-occupied with Plaid Cymru and Ron Davies in particular.

I’m just waiting for him to tell readers what work’s he doing at Westminster, and at the same time perhaps the Caerphilly AM could also explain his vision ahead of the Welsh General Election.

Of course, you’ll recall the AM as the man very quick to criticise Plaid’s decision not to increase council tax but silent on condemnation of Labour-run Rhondda Cynon Taf council’s pay cut treatment of its employees and a three per cent council tax rise.

Labour has also been guilty of misinformation, claiming Caerphilly council has cut 1,600 jobs under the Plaid administration. In fact, 133 full-time equivalent posts have been saved – the result of natural wastage and voluntary redundancy. Labour’s spin reminds me of the old adage – don’t let the facts spoil a good story.

Do you want to become a community reporter?